Satan is at Work Around You (and you don’t even know it)!

A few weeks ago I was using a visual of this power-point slide from Good Soil Evangelism describing how Satan was cast out of Heaven after rebelling against God.

A girl looked at the picture and said, “that can’t be Satan!”

I asked her why and she said, “Satan is red with pointy horns and a long tail!”

Thankfully I was able to explain that while people may THINK Satan looks that way, he was actually a very beautiful angel.

That conversation reminded me how often we expect Satan to work in huge, or massive ways. When something like persecution, false doctrine, or Believers falling away from the Gospel take place that’s obviously Satan!

Instead he prefers to work in subtle ways so that we don’t actually realize he’s at work till it’s too late.

Satan knows that a direct attack would lead us straight to God since we cannot face him alone. So instead he prefers to take the “back door” so to speak, sneaking slowly but surely into our lives.

It’s helpful then that we understand ways Satan is at work around us without our even knowing it.

These are just a few ways that we are daily surrounded by the work of Satan and his demons.

There are two responses to this

First we understand just how much of life is a spiritual battle. Many of the challenges that we are face come from Satan himself who is trying to discourage, or distract us from the work of God. So Believers have to wear the armor of God so that during those attacks they can stand firm (Ephesians 6:11-14).

The second is actually more important to me…..

Satan is continually trying to gain a small foothold in my life. Not enough to bring complete rebellion, just a subtle compromise. But that small part will slowly begin to grow bigger and bigger until it consumes my life. So the encouragement of Ephesians 4:27 is needed, “neither give place to the devil.”

Satan wants us looking for someone with big horns and a tail! Because as long as we are doing that, we won’t see him quietly infecting our lives.

In it he described the experience of having to pull his drunk father off of his mother who he was beating. The next day his mother secretly began to file for divorce due to repeated abuse by her husband (I don’t believe in divorce, so personally feel she should have made formal charges, and had him arrested. However there is no excuse for staying in an abusive relationship).

Sadly a Christian neighbor came by and “shamed her” for trying to get out of an abusive marriage. This led to five more years of abuse till his mother finally had enough.

Dr. Kelleman takes his own experience and used it to challenge the response of many Christians to those who are in an abusive situation they should “suffer well” by submitting to the abuse. Instead you should “protect well” by confronting the abusers (even if they are in the church).

The principle of telling someone to “suffer well” is to simply throw out Scriptural truth without ministering to the person. Dr. Kelleman describes the Christian neighbor as “marching over to Mom without a shred of empathy, without walking in Mom’s shoes, without entering Mom’s soul.”

He brings up a classic tv sketch with Bob Newhart that I’ve included below where the counselor just says “Stop it!”
countless times to the counselee. In the same way we tell the individual who struggles countless times just to stop with no compassion.

The application isn’t to keep saying “stop it.”

It is to be a friend who helps them do the will of God!

The thing is they don’t need someone who yells “stop it” continually, and most strugglers WANT TO stop it! The point is they can’t without a transformed heart. They need someone who will indeed share the truth, but do it in an attitude of love and humility. Someone who gives them a shoulder to cry on, and a listening ear. Someone who walks a mile in their shoes.

No More “That Will Do” Jobs

During my time serving in Australia, Missionary Don Winans taught me a very important lesson about ministry, and work-ethic. We were doing some projects and running a bit behind so I began trying to get them done as quickly as possible. He turned to me and said “That’s a ‘That’ll do’ job” (short for that will do).

I understood what he meant of course. A “that will do” job focuses on accomplishing as many things as possible during the day by emphasizing quantity (how many things get done) instead of quality (how well the job is done). Of course the name comes from doing as little as possible to get the problem fixed, then saying “that will do.”

That will do jobs aren’t really sinful….

Doing a job the right way with excellece is difficult

However the problem with the “that will do jobs” is they don’t last for long. Soon you will be doing the same job a second time (or third) and end up working HARDER than you would with the excellent job.

Though the average job is easier in the short-term, doing things the right way will bless you more in the long run.

I recently had some body work done on my vehicle because of a minor scrape-up. Some friends encouraged me to have him do body work on the entire car, smoothing out dings or dents and scratches. Then another brought up the idea of getting a new paint job. Parts of my car (the hood especially) had severely faded areas from paint, so both of those jobs definitely needed to be done.

There was no question the complete body work and paint job were necessary. But that would be a BIG job, which meant I’d be without my car for an extended period of time. Part of me wanted to choose the “that will do” job by just having a small area of the body work finished. But my heart knew putting in the time, and effort to get the whole job done was better long-term.

It took over three-weeks to get my car back!

Looking at the vehicle that looks better than it was when I bought it, I’m reminded doing things the right way (often the hard way) is better. And I am incredibly thankful Don Winans and others who taught me “that’l do jobs” rarely work well.

Last Monday night I finished one of my favorite books “Atomic Habits” for the fourth time. So far I’ve gone through it twice as an audiobook, and once on kindle, but it felt good to finish a physical copy.

The quote at the top of this post with stars around it jumped out at me as I looked through markings and notes. It reminded me that success in ministry isn’t based upon excitement, but consistency.

This doesn’t mean there aren’t exciting periods of minsitry filled with fantastic growth, of course there are! But those seasons of excitment don’t come along very often. Much of ministry (and the christian life in general) is repeated obedience with very few results.

This idea is incredibly unbiblical, and has destroyed the testimonies of courntless christians who quit because they “weren’t getting results.” In Scripture we aren’t promised a life without suffering. Instead , God challenges us to endure suffering with faithfulness.

The Lord doesn’t define success by getting results……

He defines success by being consistent

The thing about repetition is it doesn’t draw attention to ourselves. It doesn’t give us an adrenaline rush…..in other words it’s boring. But repetition is also an incredible act of faith. The consistent christian life believes that God is at work even though it doesn’t seem that way, and acts on it.

Instead missions is what Kevin DeYoung has called “plodding.” Doing the work of God day in, day out with quiet excellence not worrying about whether or not results will come. Yes there are mountaintops in ministry dear friends, but there are also many days filled with plodding steps.

So why keep going???

Because eternity isn’t here yet!

The consistent life of repetition at the end can say with the Apostle Paul “I have finished my course, I have kept the faith.” Though I’m not at the level of Paul, I understand the consistent life prepares me for the final day. I don’t want to meet my Saviour with tasks left unfinished. The individual who defines success as getting results meanwhile will face the Lord having quit on many things.

God honors the good and FAITHFUL servant, not the one who seeks results

God Will Bring Them Home

Over the weekend I finished listening to “Out of a Far Country” the biography of Christopher Yuan who went from homosexual drug dealer to Christian in prison. The book itself is excellent because it not only describes his conversion, but the conversion of his mother (and father). Most of the book switches between the experiences of Christopher as he wandered from the Lord, and his mother as she prayed for His Salvation

Numerous times in the book his mother prayed the same prayer over and over again “Lord do whatever it takes for Christopher to become saved.” That prayer continued for almost five years while her son fell deeper and deeper into drug addiction, and then was finally answered when Christopher’s apartment was raided by police.

This deep burden for her son, and the prayer that went with it, convicted my own heart.

The problem is our burden is just too weak…….

We pray for a while and then lose heart

This is a terrible thing to do because the Lord WILL bring that soul to a place of Salvation! But we must be faithful. It is only those willing to continue praying and never quit that will see their prodigal come home.

At the end of the book Christopher is taken by his parents from the prison back to his childhood home. There in the yard is a huge yellow ribbon tied in a large tree outside. Some of you may remember the song “tie a yellow ribbon round the old oak tree” a song about a prisoner who told his girlfriend if she still loved him, to tie a yellow ribbon in the oak tree in front of his home. As he neared the house on a bus, hundreds of yellow ribbons could be seen tied in the trees on both sides of the road.

Walking into the house Christopher saw hundreds of yellow ribbons taped to the wall of his parents home. Looking closer he could see writing on each one. His mother told him each ribbon was given by a person who had prayed for his Salvation.

The Lord is faithful to bring the prodigal home. But we must be faithful to continue praying till He does so 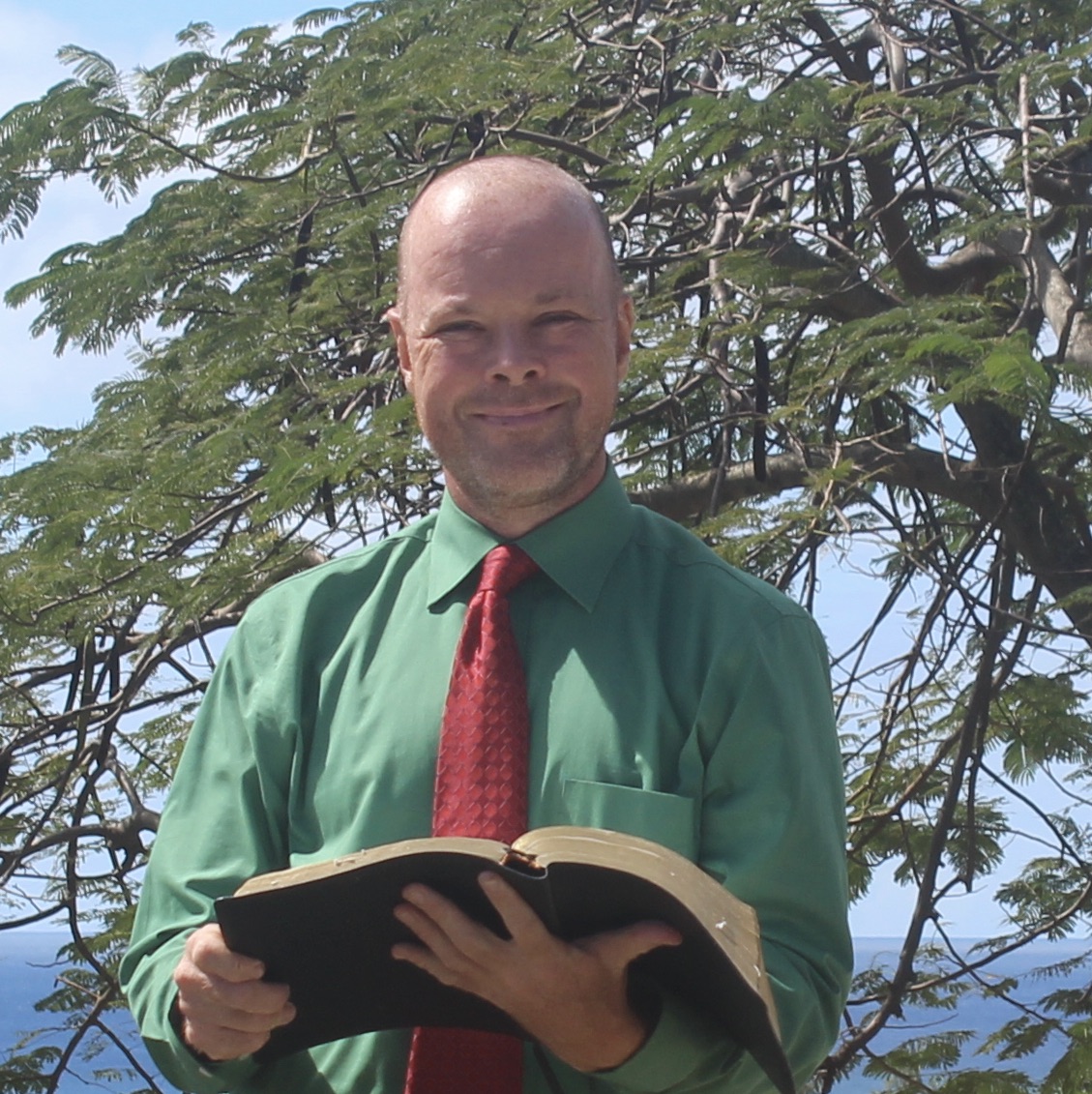 Missions is being very careful when you reach for the toilet paper….You never know what may be behind it
Recently I began to read some books that brought a great conviction to my life.
Last week wasn’t a very good one….
A little over a week ago, I received a shipment of Bibles from my home church Salem Baptist. Along with those Bibles they sent my FAVORITE treats, starburst jelly beans, and birthday-cake oreos!
Mom,
Somedays missions is ending a frustratingly unproductive week with a glorious reminder that my Heavenly Father gives strength for each new day #missionarylife